Sally Foundation is an Australian based charity that seeks to improve the lives of impoverished and disadvantaged people and Mike Roche, who recently came all the way from Australia, donated winter clothing, under wear and other items to the Matron who gratefully accepted the gifts on behalf of the one hundred inmates.

There was much excitement! 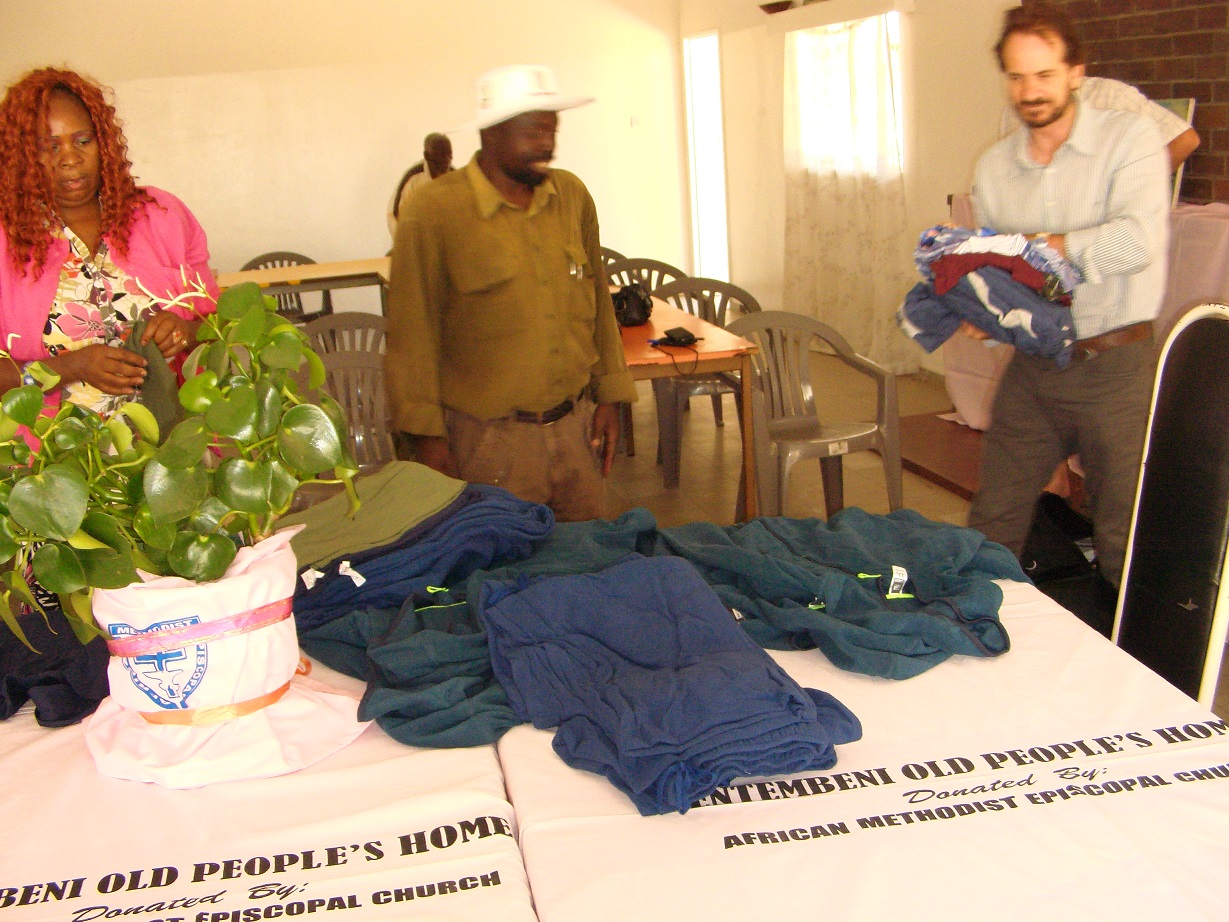 The foundation has also been supporting orphanages in Bulawayo in conjunction with Geraldine Roche Drama, funded by Mike’s wife, which sponsors awareness activities using the medium of theatre in partnership with Zimbabwe Development Democracy Trust.

The old people, at Entembeni, have been receiving vegetables from garden members from the ZDDT and Sally Foundation sponsored nutritional gardens in Bulawayo, an illustration of the mulitplier effect of the investment in such communities. 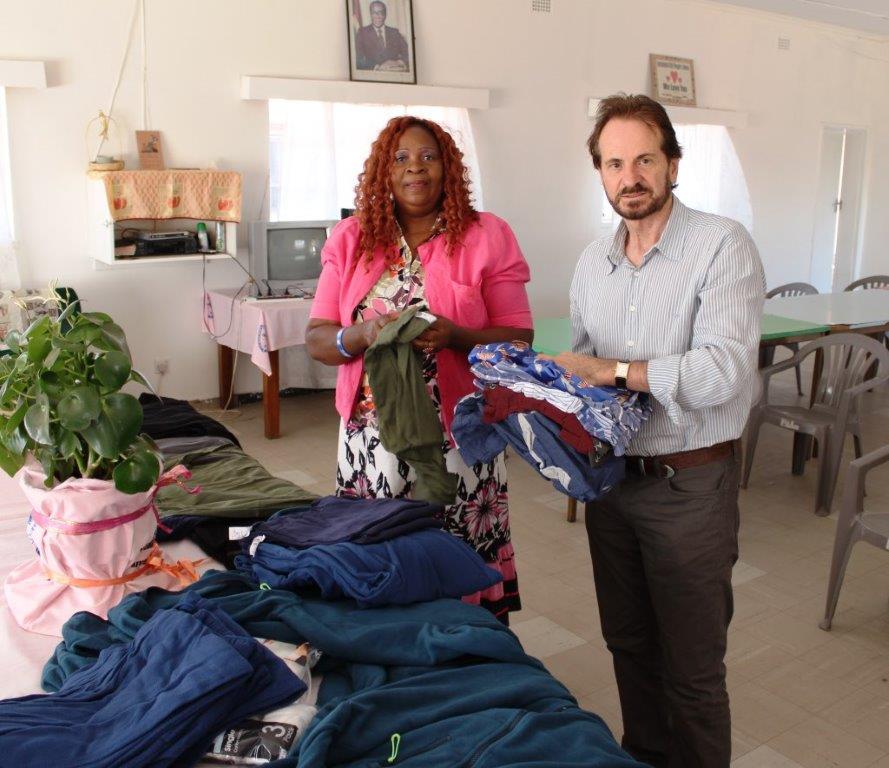