While it is a good idea for establishment of women empowerment programmes, the recent development in Pumula’s Women Day Care and Nutritional garden has proved the co-operation of both genders can complement the empowerment process.

The Ward 27 Nutritional garden, which is composed of 15 mothers, some of them HIV positive, have realised that, in as much as they are running their project, men have a role to play because of their physical ability which complements the productivity of the garden. 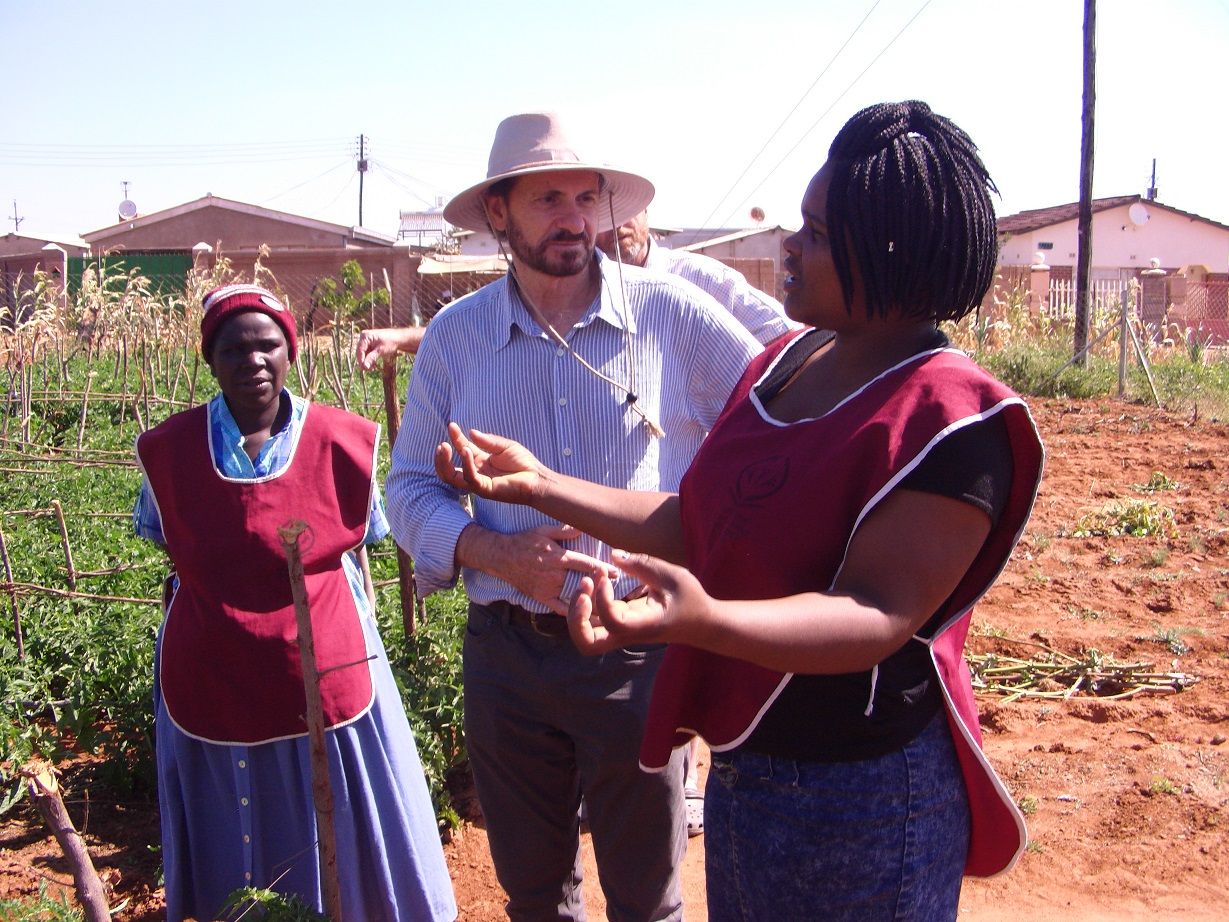 Above: Mrs Torevasei (left) and  Moreblessing Ndlovu both of Ward 27 garden taking Mike Roche of Sally Foundation for a tour of the garden. Pic by Chrispen Tabvura.

“We have realised that we need to have men in our project, as this has improved our garden, as far as planting and watering of vegetables is concerned. We really need to work together for the betterment of our project,” said Gogo Maria Matshuma.

Torevasei, a member of the Women’s garden, told ZDDT News that her husband has been asked to join the women and has been accepted as a member. This has realised a dream he has always had about joining the group.

Above: Mr Torevasei captured in action at the Ward 27 garden. Pic by Chrispen Tabvura.

“We work as a team and I have been working with women before, so it is a good idea that these mothers have realised the need for complementing of each other because men can also not do alone without advice from their counterparts.

Torevasei’s husband is now a full time member of the garden and is involved in watering and cultivation of both vegetables and seedlings and tasks that require greater physical strength, thereby assisting those who are weakened by the pandemic.