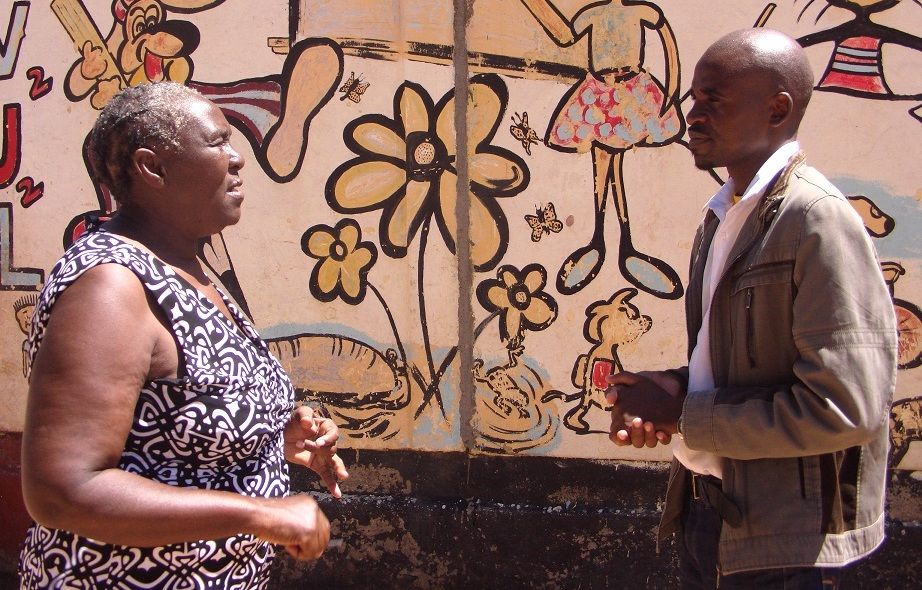 BULAWAYO – “When you die you should leave behind a difference in your community, country or world; you must create a good difference, not a bad one,” these are the words of Patricia Tshabalala of Mpopoma.

Tshabalala, who is affectionately known as MaTshabalala in Bulawayo, has been involved in community work since her childhood and says she is not prepared to stop anytime soon.

The founder of Vulindlela Orphanage which caters for a total of 450 children, who attend both primary and secondary schools across the city, says she has a strong passion for children.

“I have a strong passion for children and this is basically what inspired me; I find it much easier to work with the children, said the benevolent MaTshabalala.

“When I tried this and that to have some of the children placed under the Basic Education Assistance Module (BEAM) programme, I realised that there was also nepotism in that teachers were bringing in their own children, leaving out orphans.”

She said she tried to force school authorities to ensure orphans were placed under the programme.

“I fought with a number of school authorities over the issue; I even fought with the government; even today I do not have a good relationship with teachers although it is on the mend.”

MaTshabalala, who has worked with Matabeleland Aids Council (MAC) started with nine other volunteers but some of them have since passed on while the remaining three are no longer active.

Having been arrested while fighting for the rights of children and spent some time in prison during former president Robert Mugabe’s era, the human rights defender said some community members for some time seemed not to understand her, while the children have always understood her.

MaTshabalala said she would continue to take care of the children, adding: “Once upon a time I was a child and there are people who assisted me to get to where I am today,” explaining, voluntary work has always been part and parcel of her life.

Born on 14 July in 1956, MaTshabalala went to David Livingstone Primary School in Ntabazinduna while she did her Ordinary Level at Thekwane High School in Bulilima District.

MaTshabalala, a mother of eight, five of whom are surviving grew up an industrious woman.

“If we are to all take a back seat, who will fix what needs to be fixed? Doing voluntary work also give one satisfaction. I am very proud of myself. There is a song: “Thuma mina” (Send me), which was sung by Hugh Masekela, “thuma mina ezizweni” (send me to the Nations); I have done it and I know it.”

MaTshabalala has volunteered in HIV and AIDS programmes and in the civic society, fighting for the rights of children and the elderly.

“I have been arrested and spent nights in stocks, but I not worried,” said the adamant MaTshabalala.

“I do not care what people say about me; I am just enjoying myself. If someone phones and say, ‘Patricia, there is this, Patricia, I want you to do that,’ I just jump.”

The community volunteer has been recognised by MAC for the work she is doing.

MaTshabalala said: “What I am doing in the community makes me live well. Otherwise if I was just seated I would be gossiping and doing other bad things. What I am doing therefore gives me strength, long life and big hope, joy and takes away stress in my life.”