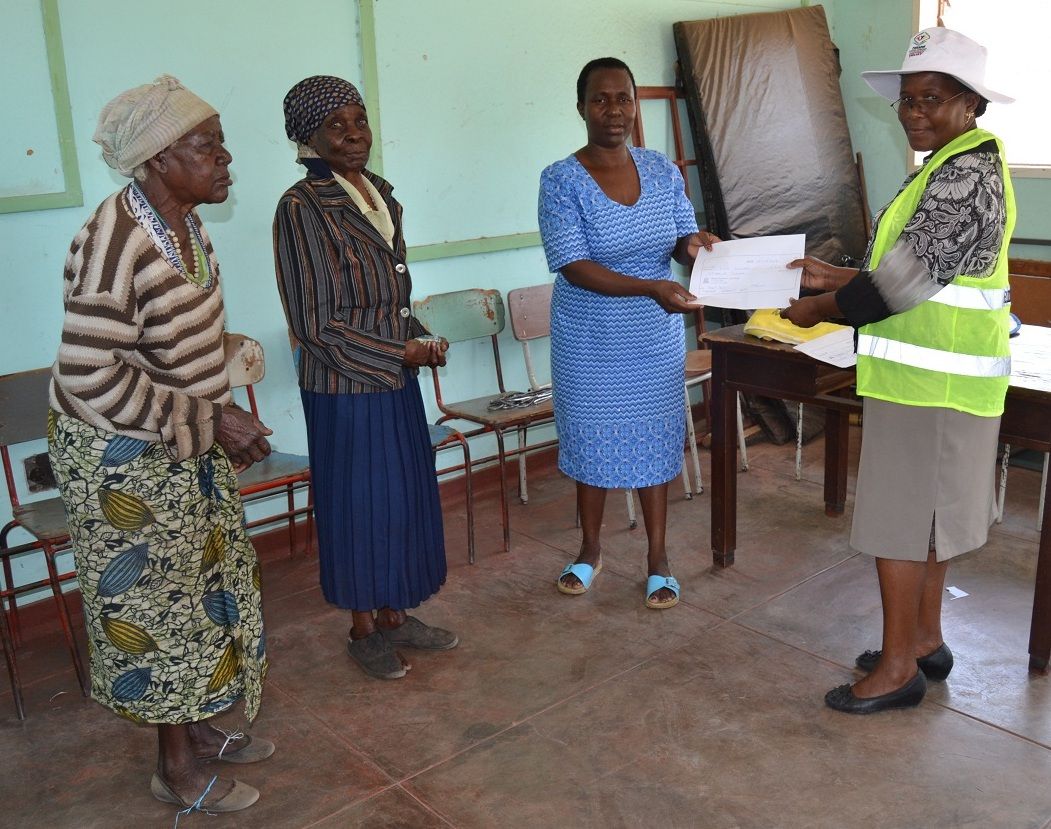 Sally Foundation of Australia, and a local firm Freight Consultants, every month contribute funds to this uniquecharitable concept, targeted less privileged members of the community.

ZDDT, in partnership with the two benefactors, has been running the scheme for more than three years and the number of families in Bulawayo that benefit, continues to grow.

To ensure transparency, ZDDT does not involve itself in the selection of beneficiaries; instead the area councillor and local leadership thoroughly vet candidates using the skills they have learnt through ZDDT leadership training programmes.

Councillor for Ward 12, under which Njube and Old Lobengula fall, Lilian Mlilo, whose ward has benefitted from the scheme for the second time, said, this time around, she had to request beneficiaries already registered with the Social Welfare Department to ensure transparency.

“I also did not know these grannies as I requested for them from the Social Welfare Department to ensure fairness in the whole process,” said Mlilo.

She went on to thank ZDDT for the continued support, challenging the trust to continue with the good work in the community.

“I would also want to thank you so much for this help,” said Ndlovu. Tshuma also paid tribute to ZDDT and its partners.

“Thank you for coming to our rescue. We did not expect that such help could ever come to us,” she said.

Both Ndlovu and Tshuma are looking after grandchildren while the latter is not feeling well.