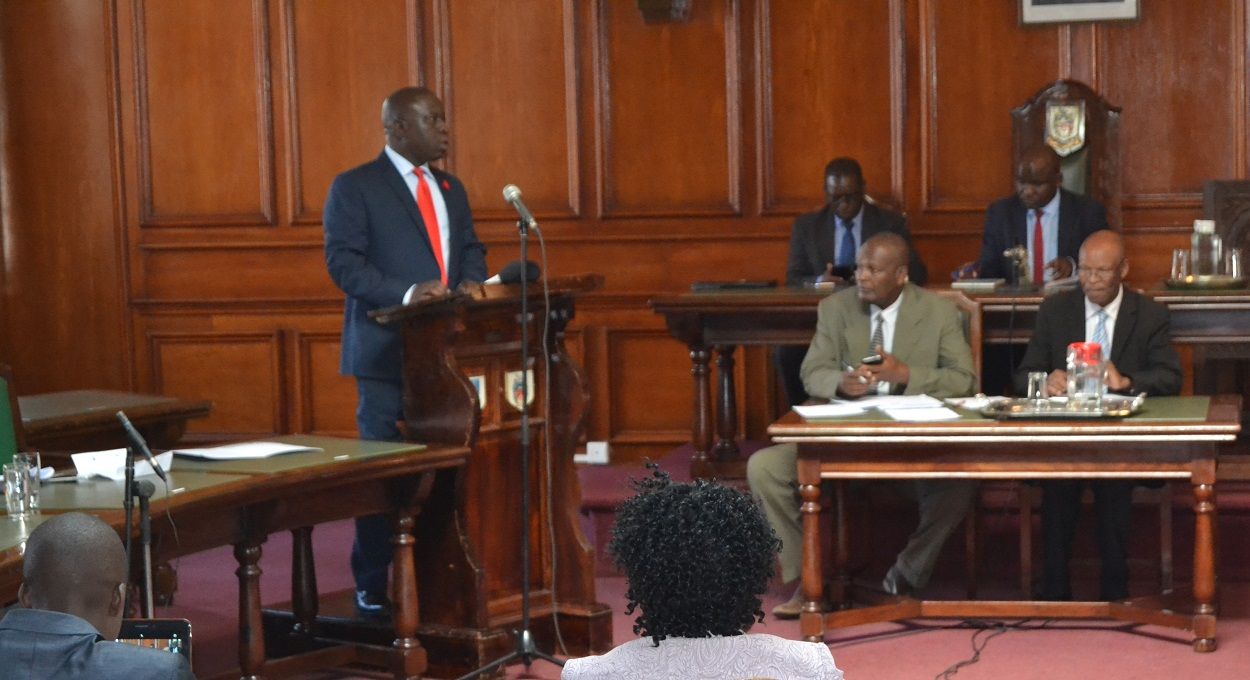 BULAWAYO COUNCIL CHAMBERS – The Bulawayo City Council (BCC) last Wednesday unveiled a US$212 million proposed budget for 2019, during a special Council meeting held at the chambers on Wednesday.

Presenting the budget statement, chairperson of the Finance Committee, Councillor Silas Chigora, thanked Bulawayo residents for their contributions during the consultative meetings.

“The report we received from the budget team leaders is that the attendance to these budget meetings were encouraging. For example, Iminyela Hall was full to the extent that some of the residents opted to contribute while standing outside,” said Chigora.

Chigora also extended his gratitude to all councillors, management and resident associations for their efforts in mobilising residents to attend consultative meetings.

“The importance of stakeholder consultations cannot be overemphasised as it allows the Council to solicit for inputs and comments from residents and business community. These are taken into consideration when crafting the budget. The consultations also provide an opportunity for all stakeholders to interface with Council staff on various issues,” elaborated Chigora.

The 2019 budget comes at time when the country is going through a myriad of economic challenges which left BCC with no option but to effect some increases in rates in order to improve on service delivery.

Residents residing in the low density suburbs will next year be paying $3.00 up from $2.23 for this year while those in townships will be paying $2 up from $1.26 for their fixed sewer charges.

Fees for a standard grave are also set to increase from $37 to $63 next year should the proposed budget sail through. Find out what we know about cbd oil for fibromyalgia USA , the possible side effects, and whether CBD oil is legal where you live.

Speaking at the same meeting, Ward 1 Councillor, Mlandu Ncube, called upon the central government to approve the proposed budget timeously so that it immediately takes effect in January. In previous years, such delays had impeded progress in the city.

Councillor Rodney Jele, Ward 22, encouraged residents to pay their bills on time to ensure they benefit from improved service delivery.