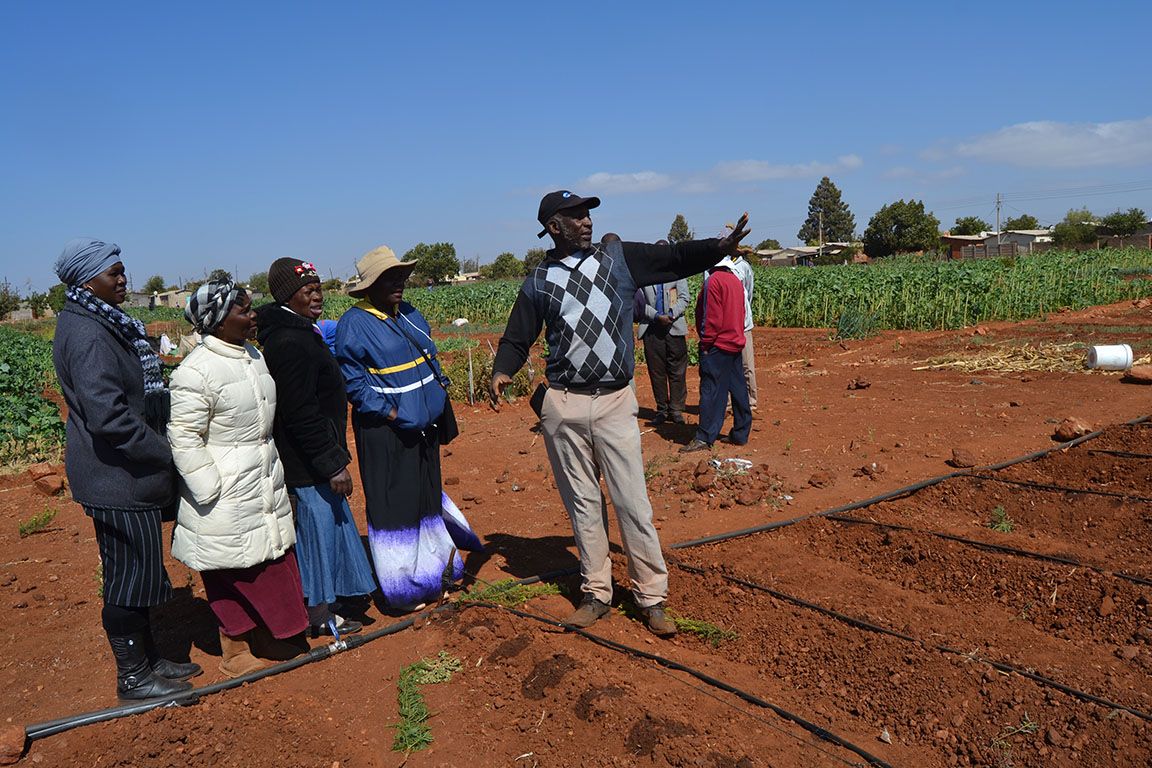 BULAWAYO - “The child can never be greater than the parent.” That is a never ending debate but, being senior in terms of establishment, gardeners of Sizinda Community Garden showed great eagerness to learn from the success of their younger Emganwini counterparts at a garden exchange hosted by Greenfield Garden.

True to the Zimbabwe Development Democracy Trust (ZDDT) mantra of sustainable empowerment, ZDDT horticultural consultants took a back seat as Mr Christopher Nkosi, the Emganwini chairman, guided the newly elected Sizinda committee on a tour of his very impressive garden.

While moving around the flourishing plots, the two groups shared ideas on farming methods, commercialisation, financial management and garden security among other issues.

A critical matter that is well exemplified in the success of the hosts is governance.

Despite the many daunting challenges, the newly elected Greenfield committee has proved to be the catalyst for the impressive accomplishments in every aspect of the garden’s operation.

“What is important for a garden to be successful is unity of purpose and working hard to achieve your collective goals” said Nkosi during the tour.

The Sizinda community garden committee said the exchange was very beneficial to them since their committee was about a month old and their garden was coming out of a rough patch of turmoil.

“I learnt quite a lot but I was particularly impressed with their commercial section and we would like to try and replicate how they did it in Sizinda.” Said Mrs Khethi Sibanda the Sizinda treasurer.

Sizinda community garden secretary, Mr Ferreira, noted that they were looking to implement some of the polices they picked up from this exchange, especially when it came to garden administration.

The exchange ended with the Emganwini sharing their mouth-watering strawberries from their commercial section with the Sizinda folks, much to delight of one Mr Matiza!