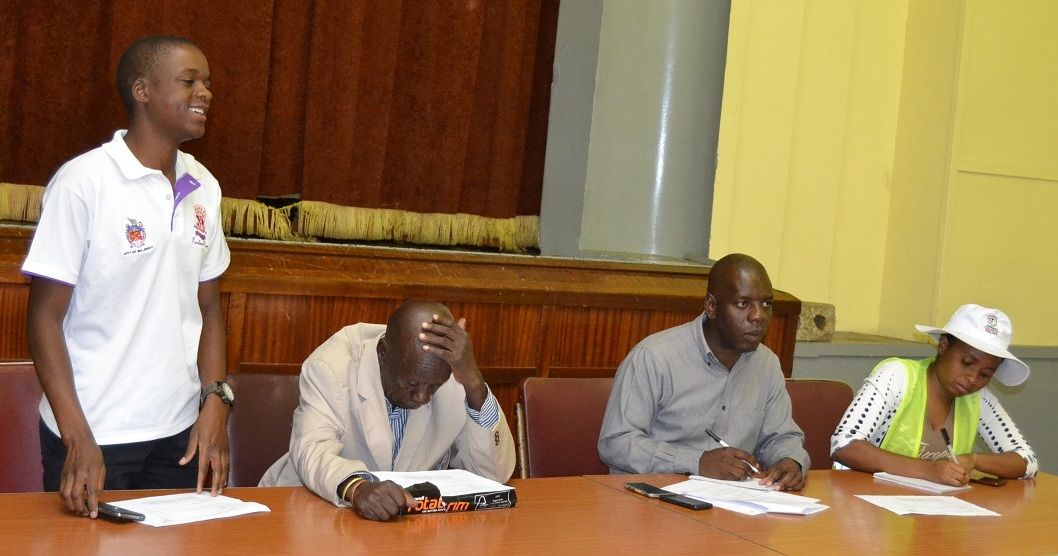 SMALL CITY HALL- Bulawayo’s youngest councillor, Mlandu Ncube, who represents Ward 1 in the city, says he has, over the past five years, learnt that a good leader is one who allows people to give direction.

Turning 30 this month, Ncube, who came into office in 2013, at the age of 25, says he has learnt a lot about leadership.

“What I have learnt about leadership is that the greatest leader is the leader who allows people that he leads to give direction,” said Ncube, with a warm smile.

“To me, leadership is all about taking duties from the people that you lead because they are the ones who want to go where you want to take them to.”

He said upon discovering there was gap of young people in local leadership, he felt inspired to cover it, hence his decision to contest the 2013 polls, which he won resoundingly.

Asked if he would want a second term now that the 2018 elections are beckoning, he had this to say:

“What I can say is that, normally I do not believe in leadership where I decide to stand or not. It is up to the people to say, ‘can you represent us’ or ‘you have done enough’. If we have got a situation where leaders decide to stand for themselves, you then go there not serving the interests of the people.”

He added that it was up to his political party to decide whether or not he would contest the upcoming polls.

Ncube said he got the inspiration to lead at a young age from the late former Prime Minister, Morgan Tsvangirai.

“Actually, I would say I got this courage from the great leader, Morgan Tsvangirai, who really told us that ‘guys, we cannot allow one generation society, so we need to mix young people and old people so that there is transition, so that when the old go, the younger generation takes it forward’,” he said. 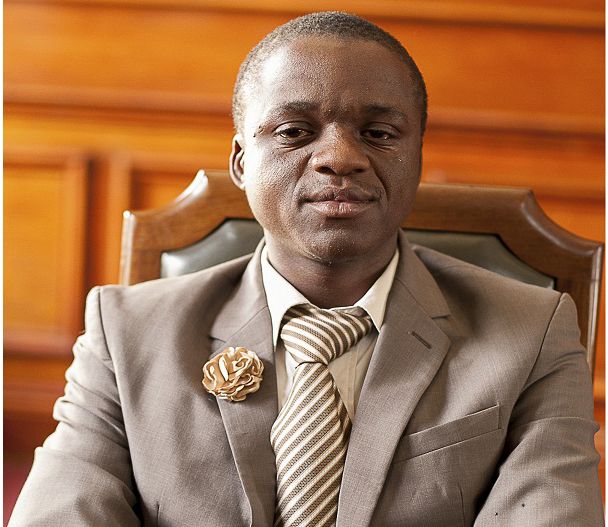 He said his youthful age has not been without its own challenges which he, however, overcame later.

“Culturally people used to believe in a very old councillor, with grey hair,” he said, adding it had been difficult for some people to take him seriously.

The youthful councillor has been both chairperson and deputy chairperson of the Finance Committee.

“During my tenure as the chairperson of the committee, it is the time when we introduced the issue of debt relief to companies and the issue of the Ward Retention Fund and that was successful,” said Ncube.

He has served also as a member of the Audit and Engineering Committees.

“During my tenure as a member of the Engineering Committee, we started the community programme of patching roads,” he said.

Ncube has also been influential in the privatisation of Ingwebu Breweries, the previously Council-owned company.

He challenged other young people, who are still scared of taking up leadership positions, to accept the responsibility.

“What I can say is that responsibility does not look for a person; you must grab the opportunity and be a responsible citizen because we should not sell out what our forefathers did, fighting and liberating this country and giving it to us,” he said.

“We must not burden them with leading until they die. We should give them time to rest. Let’s not be selfish; let’s grab the opportunity and take this country forward.”

A beneficiary of ZDDT’s numerous leadership training events, Ncubesaid the trust played, and continues to play, a significant role in enhancing his leadership skills.

“The coming in of ZDDT, equipping us as councillors and our community members, who are really keen to serve the public, has made our work very easy,” explained Ncube.

“Normally, there is serious tension between civic society and councillors but ZDDT came in my ward to cover that gap. I can tell you now; there are projects that are being done without my involvement but with my blessing. This is a sign that ZDDT has encouraged community participation.”

He added that ZDDT had helped him pass on information to residents his ward, encouraging the organisation to continue with the good work.

Born on the 29th of May in 1988, at Mpilo Central Hospital in Bulawayo, Ncube later relocated to Tsholotsho, where grew up in Cawunajena, Ward 7, Mzimutsha line.

The distinguished community leader went to Thembile Primary School from grade one to seven and then went to Khumbula Secondary School also in Tsholotsho.

He then moved to Pumula in Bulawayo where he proceeded with his secondary school at Amhlophe.

After his ‘O’ Level, he started working, before contesting the 2013 elections.

Asked where he saw himself in the next five to 10 years, Ncube, who is in the process of getting married, said he was still interested in serving the Bulawayo Community.

Currently studying Development Studies with Lupane State University, Ncube who will be graduating next year, said that he was confident that then he will be well-equipped.