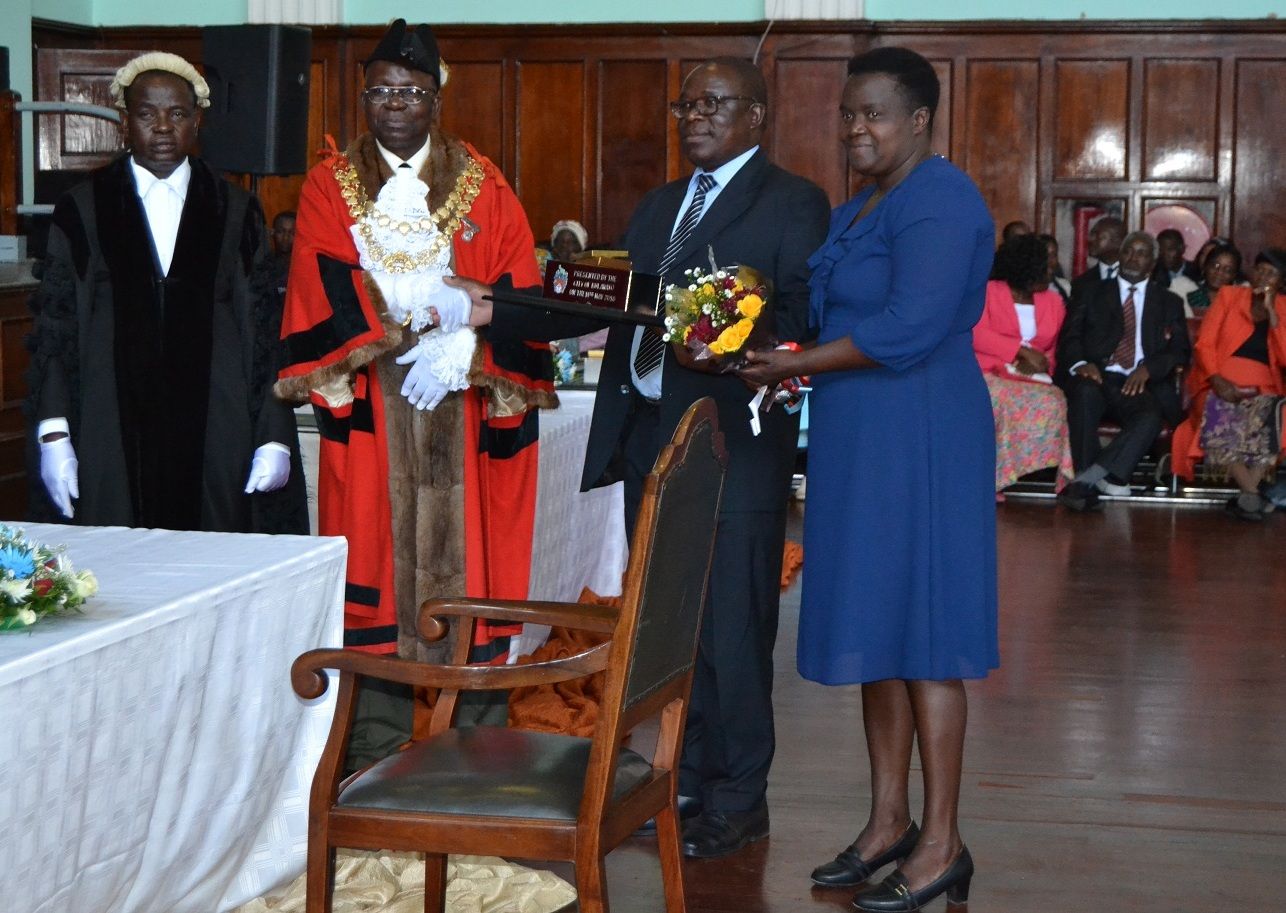 LARGE CITY HALL – A total of 11 sitting Bulawayo councillors, including the mayor Martin Moyo, all of whom are long term beneficiaries of ZDDT leadership training, were recently appointed as aldermen at a colourful ceremony attended by many from across Zimbabwe’s second largest city.

The civic recognition follows the February 6 2018 Council resolution in terms of the Urban Councils Act, Chapter 29:15, which provides that a municipal council may appoint any person who has held office as mayor or councillor for a period of eight or 10 years respectively.

Addressing residents after being honoured, Councillor Zana applauded ZDDT for the role the trust has played in his successful leadership in local governance spanning nearly 10 years.

“I managed to be a good servant-leader through the training I got from organisations such as ZDDT and others,” he said.