Above: Sharleen Moyo and Yvonne Berkout.

From the time Emganwini’s Mandlake garden in Ward 26 was established, there are signs that it is improving and moving forward, the garden committee members told the Sally Foundation and partners during a recent site inspection to check on the project development.

"In 2010/2011 when the team from Australia came here, that’s when they promised to provide the solar and from the time we started, it was just a borehole and when we got a piece of land from council they improved,” said Mr Luckson Mkhwebu.

The garden was established on the principle of “co-investment” whereby the community invests some funds for the initial administration approvals, labour and management and then, from Australia, the infrastructure.

“About four committees have changed hands in the process. But I am now realising that, from the time we started, men were leading, the committee was composed of men, and I was always saying most people on the ground are women, but we did not want to impose women leadership. But it happened automatically that men realised let us try women and they did that and they realised the fruits,” Mkhwebu added. 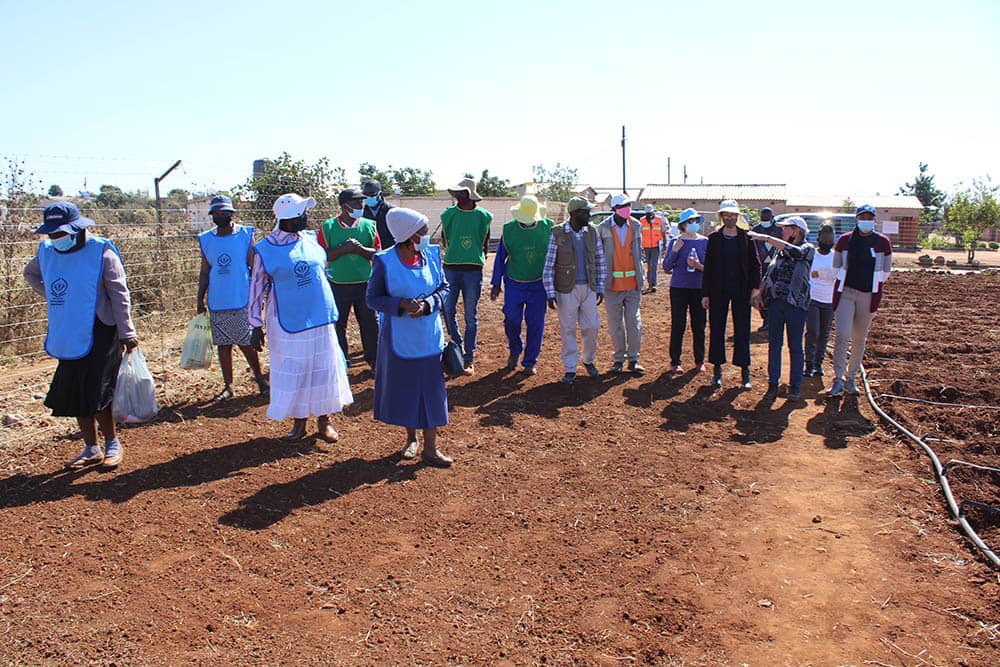 Above: A site visit of Mandlake by Geraldine and Mike Roche

Mandlake garden is currently benefiting 70 family units from Emganwini township and has since applied for the extension of their garden land to accommodate more members, according to its technical committee which was selected to get the project off the ground.

Sharleen Moyo, from the UNDP, said they were impressed by the work done by garden members at Mandlake garden thus far.

“When we first did the first site visit as UNDP at Mandlake, Emganwini, the garden was all bush. There was not much structure; there were just a lot of paths people were using just to get to the main road. So, I think for us, we thought it would be a huge task for the community to clear the land and all those bushes. But the community came together and, through the assistance of Sally Foundation, they quickly cleared the space and put up the fence, flood lights and drip irrigation. We are very impressed by this thriving community garden,” she said.