EMGANWINI – Over 100 Ward 26 residents, who are beneficiaries of the Zimbabwe Development Democracy Trust (ZDDT)’s newly established Emganwini Community Garden in Bulawayo, flocked to a training session organized for them by the trust.

The garden, funded by Sally Foundation and DAP, the Direct Aid Programme of the Australian Embassy, aims at uplifting the living standards of vulnerable members of the community in the ward.

This comes at a time when the 121 garden beneficiaries are at the early stages of developing their self-help community garden.

A sound constitution and conflict management skills are known to under pin the success and sustainability of such community enterprises. 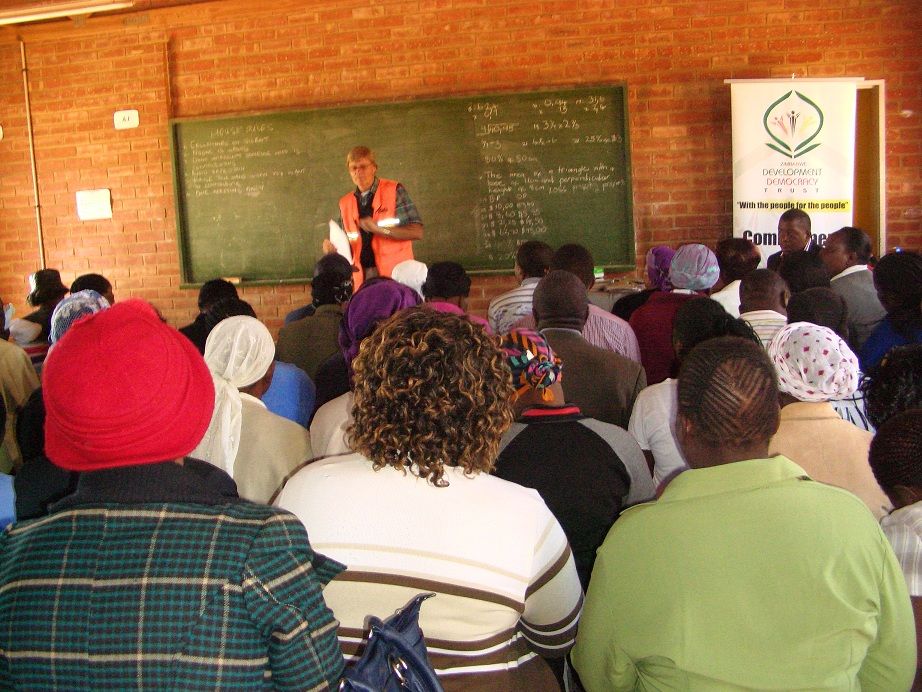 In his welcome remarks, ZDDT National Development Officer, Simon Spooner, said Emganwini residents should understand that the project belongs to them and not donors, not committees and not politicians, adding the onus was upon them to ensure it succeeds.

“This is not just about vegetable farming; it is about making profits and improving the standard of living in each household,” said Spooner. “It is also about pride. This is the future.”

He added that the value-addition and commercialisation phases of the project would also follow to ensure it remains sustainable and continues to grow. Participants, who spoke to ZDDT News immediately after the training, described it as helpful. A whole bunch of other people, as shy as you, also use sex video chat, and at any moment ready to get in touch with you to communicate. Thousands of girls are looking for guys to fulfill their intimate fantasies live sex like an anonymous community that has managed to gather in itself, and unite people who think in the same plane, and want the same thing. Namely, use free sex video chat to find a partner, and meet mutual fantasies with him.

“First and foremost, I would say we have learnt to be united as people as we bring our ideas together,” said Michael Ntaba.

“We did not know that a constitution involves a number of stakeholders. Donors have a number of expectations wherever they pour in their funds.”

He said he was happy to be afforded an opportunity to have a say in the making of their constitution.

Winnie Ncube said she was happy that the constitution would empower them to remove leaders who underperform or fall short of their expectations.