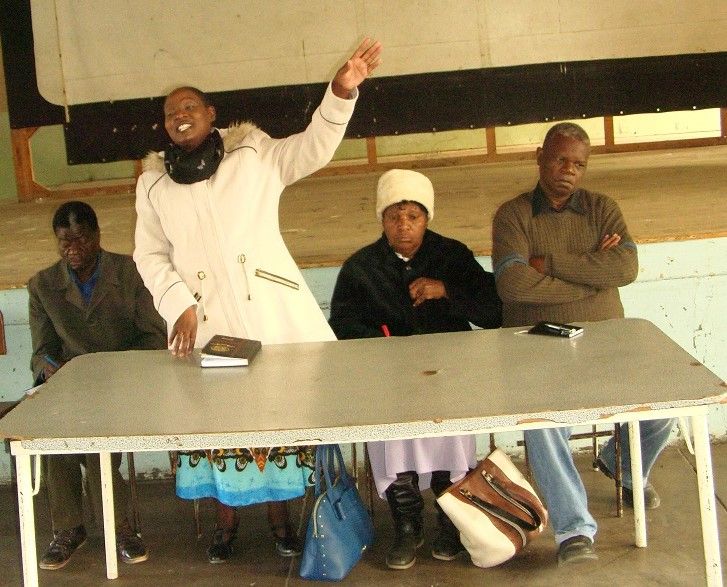 Above: Cllr Tamani Moyo stresses a point during a meeting with residents in Luveve recently.

LUVEVE, Bulawayo: Councillor for Bulawayo’s Ward 15, Tamani Moyo, has encouraged residents of Luveve, which falls under her jurisdiction, to pay their rates to the local authority in order for them to receive better services from the city fathers.

The Zimbabwe Development Democracy Trust (ZDDT), which enjoys a Memorandum of Understanding with the Bulawayo City Council (BCC), works with its local government in promoting responsible citizenry.

Both ZDDT and BCC encourage the social contract within communities, knowing that the payment of municipal bills helps the local authority improve service delivery.

Addressing a residents’ meeting on the 7 th of July at Beit Hall, Councillor Moyo told Luveve residents that timeous payment of bills could not be over emphasised. 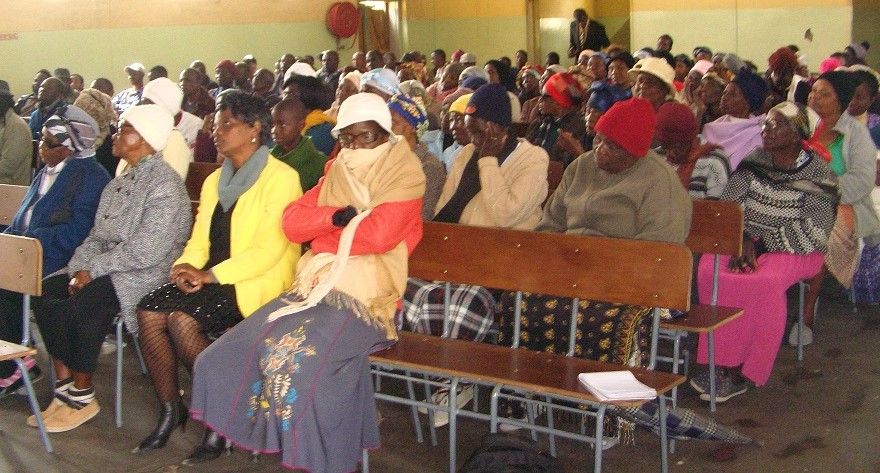 Above: Luveve residents follow proceedings during a Ward 15 residents meeting in Luveve recently.

“The money we use to provide services to you comes from your payments,” Cllr Moyo told the residents.

“There is no service that we (BCC) can provide as long as there is no money.”
She said owing to failure by residents to settle their bills, it was regrettable that Ward 15 has only US$ 4000 under BCC’s recently introduced Three Percent Ward Retention Fund while other wards have far more than that.

“Do not be surprised now to see more development in other wards. It will be simply because they are paying Council more than you do. Please let’s be all encouraged to pay our bills,” added Cllr Moyo.

She encouraged those facing challenges in the payment of bills to always approach the city fathers with payment plans instead of waiting until their water supply has been cut-off. 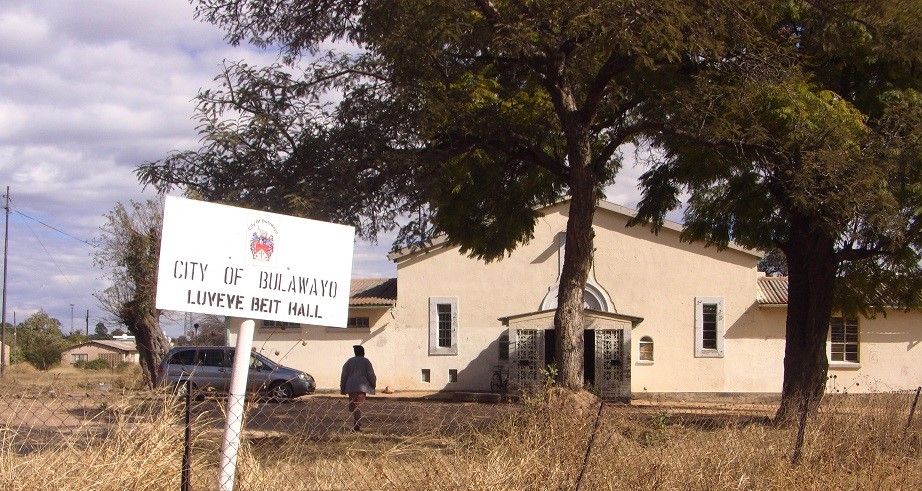 Above: Beit Hall in Luveve.