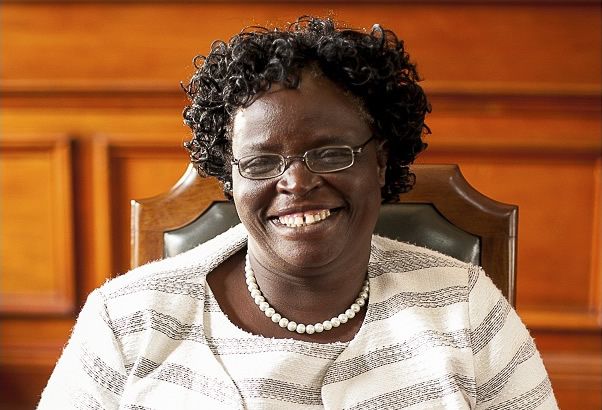 Zimbabwe Development Democracy Trust (ZDDT)’s field correspondent, Mandla Tshuma (MT), met with Ward 2 Councillor, Sithabile Mataka-Moyo (SM),on her way to the first Full Council Meeting of 2018, outside the Bulawayo City Hall, and had a brief chat with her. Below are excerpts of the conversation.

SM: This is a good year although it is likely to be a drought year on top of the cash crisis.

MT: What would you like to say to Ward 2 residents whom you represent in Council? What are you promising them in this New Year?

SM: To begin with, we organised a Christmas party for Ward 2 residents in December late last year. That was a big event for them, I must say. However, we are saying let’s remain united like we have always been. Let’s not allow 2018 to divide us.

MT: Where was the Christmas party held?

SM: It was held at Charles Ushe’s place in Aisleby Farm. It was very good; there were so many people.

MT: Looking at working for the people, now that the elections will be held this year, would you want to stand again? Would you want people to retain you?

SM:I have been working for the people from the bottom of my heart.Yes people might want to retain me in the next elections, as they have already said but I do not want to be like Mugabe in clinging to power. I am not coming back in the next Council in 2018. I want to give the younger generation a chance. I wouldn’t want to be pushed into doing something. I want to do what I want myself because sometimes if you allow yourself to be pushed by people to do certain things, you end up messing up.

MT: How many terms have you served as a councillor, by the way?

SM:This is my first term.

MT: Wow, so you don’t want to stand again?

SM: Thank you so much my son; same to you.