The monthly donation is the result of community mapping carried out by the ward councillor and Community Action Team (CAT) and needy people are identified. Fifty dollars has been extended to both Elizabeth Nyoni (79) and Esnath Mtetwa (76), of Ward 7 under which Makokoba falls.

The two destitute women, who could not contain their joy after the official handover of the cash at their houses recently, were identified by area councillor, James Sithole, and then vetted through consultation with the residents’ committee. 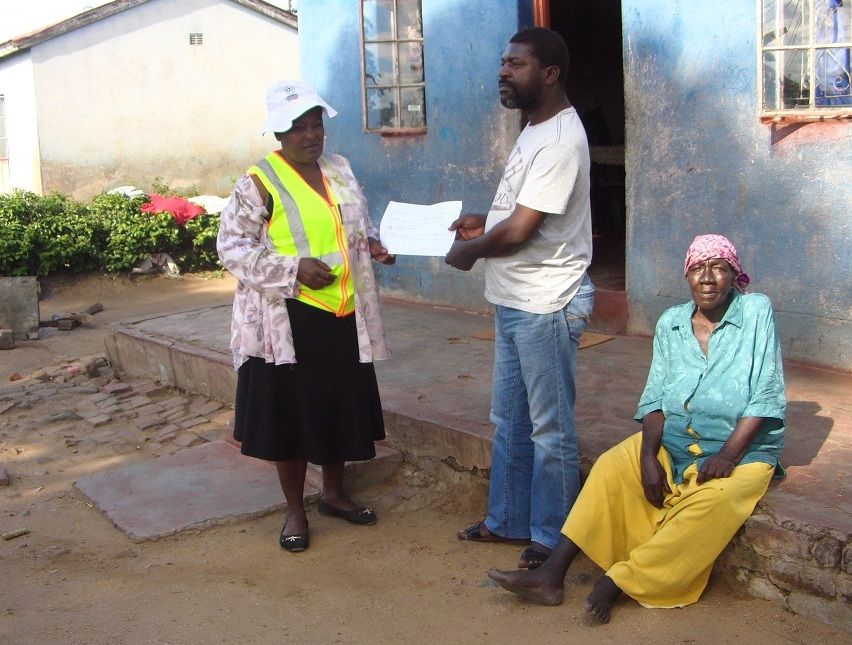 Above: ZDDT Field Officer, Pamela Mackay, hands over a cheque to Councillor James Sithole, Ward 7. Sitting next to them is Esnath Mtetwa, the beneficiary.

“I am so excited to be one of the beneficiaries of this important scheme of yours,” said Esnath Mtetwa.

“It is as if you prophesied on my plight before coming here because, as I speak right now, I do not have anything to eat tonight. You have really come at the right time.” 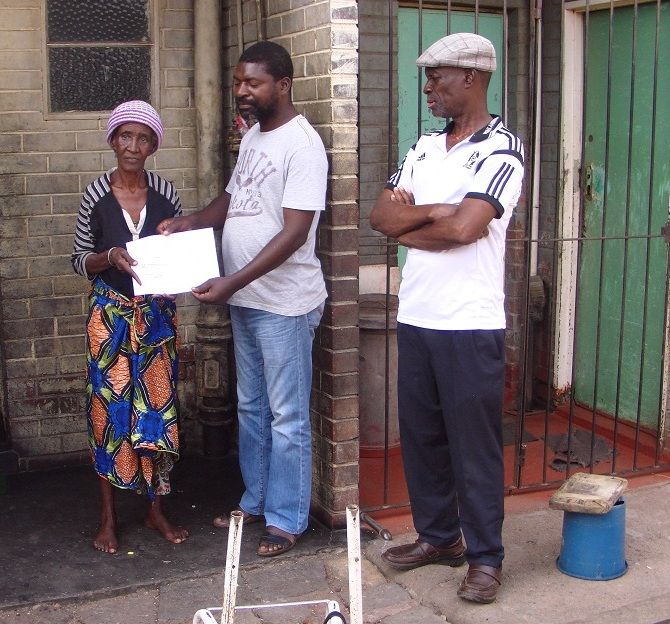 Above: Councillor James Sithole hands over cheque to Elizabeth Nyoni  in Makokoba while a neighbour looks on.

She urged ZDDT and its partners to continue helping the under-privileged members of the community like her.

Elizabeth Nyoni also paid tribute to the ZDDT gesture and encouraged the trust to go forward with the community work in which it is involved.

Cllr Sithole, who said his leadership is informed by transparency, saw it fit to entrust the residents’ committee with the responsibility of identifying beneficiaries.

He also thanked ZDDT for considering Makokoba in the scheme, adding the township has many poor residents who require such assistance.

“We really appreciate what you did for us as the Makokoba community; thank you so much; come again tomorrow,” said Sithole.

The scheme involves Freight Consultants, a local firm, and Sally Foundation and their facilitators, Global Development Group (GDG) of Australia.