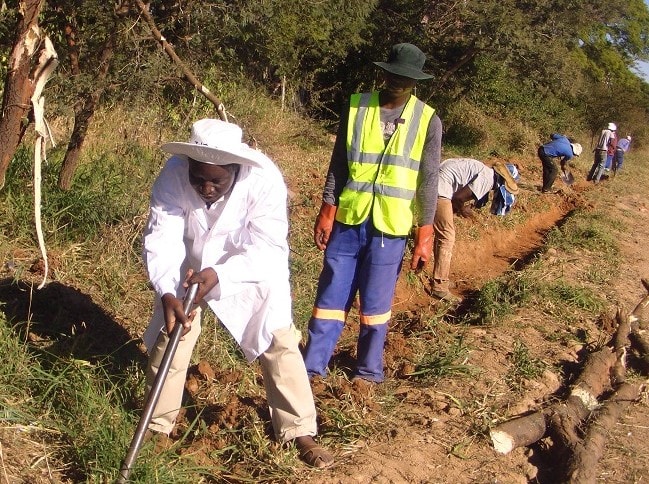 Above: Cllr Silas Chigora, Ward 4, joins a community group in the digging of a trench along Kabot Drive in Buena Vista.

BULAWAYO – Having been a councillor for nearly four years now, Silas Chigora, Ward 4, says he contested the 2013 elections because he felt it was high time he added his voice to the development of Bulawayo as a city.

“The reason why I wanted to be a councillor was that, when I looked at the services that were being offered by the Council, I thought I should add my own voice to the development in the ward,” said Chigora.

“Obviously the interest was also coming from the political side where I saw the need for change. I was looking at what was happening in local government and even at national government and therefore I thought I could add my own experience to it.” 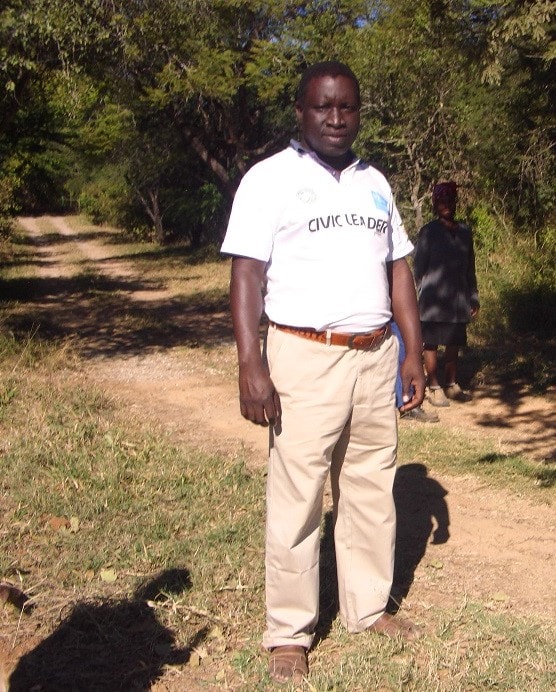 Above: Cllr Silas Chigora, Ward 4, poses for a photo at Buena Vista Suburb, along Kabot Drive.

Born in the Midlands mining town of Zvishavane in 1973, Chigora is married and has two children.

Currently residing within his ward at Waterford, the Ward 4 councillor will soon moving to Matsheumhlope where is building a new home.

Holding a Higher Diploma in Human Resources, the 44-year old Chigora has worked as a regional personnel officer for OK-Zimbabwe for nearly five years.

In 2008, at the height of economic crisis, Chigora left employment to pursue private business until 2013 when he contested Ward 4, a position he still holds to date.

With the nearly four years that Chigora has spent in Council, he says he has learnt a lot about leadership.

“Leadership is quite a challenge; it is not a walk in the park but one thing that I learnt for sure is that I need to work together with the residents,” said Chigora.

“I need to consult them. There is a lot of consultation that I should do, so that I run away from rather imposing projects and personal vision on the people as opposed to what they really need.

Chigora said he was confident the recently introduced Three Percent Ward Retention Fund would go a long way in ensuring that residents begin to see the results of the rates they pay.

The Ward 4 councillor, a ZDDT Councillor of the Year Award recipient who has served in various Council committees that include Engineering, Business, Town Lands Planning and Finance, said, in future, it would be good for the Bulawayo City Council to come up with ward-based budgets so residents could manage their affairs at grassroots level.

“At the moment, if I report to say, for example, Kabot Drive has not been done this year, I will have to wait for the engineer to plan whenever he thinks he needs to do Kabot Drive.

But if you have resources and if you have structures that are within the ward then I will be able to mobilise resources towards specific projects and specific issues that concern the ward,” he elaborated.

Chigora, who is one of the most active councillors both in his ward and Council Chambers, appreciated the long standing relationship between the local authority and ZDDT.

“When we came in as councillors, obviously we were very raw and the first organisation to take us through was ZDDT,” he explained.

He said Bulawayo could be well advanced in terms of development if there were other organisations supporting the city fathers in the same way the trust does.