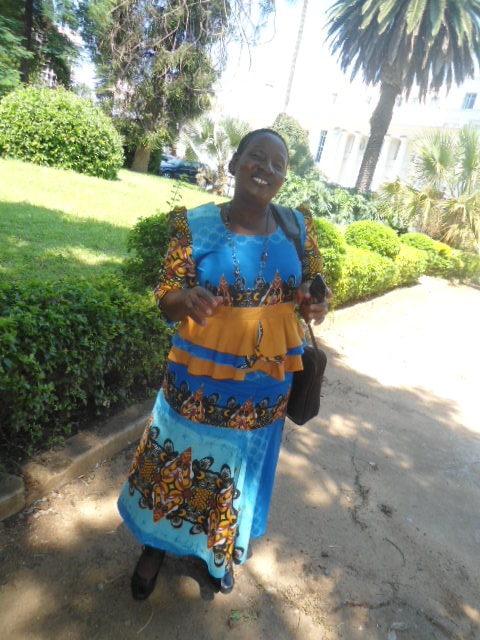 Cllr Tamani Moyo has been the councillor for Ward 15 since 2013. Ward 15 covers Luveve Township.

ZDDT’s Field Correspondent, Mandla Tshuma (MT), in March this year met Cllr Moyo at the City Hall and discussed her leadership experiences, service delivery and some of her challenges among other things. Below is their dialogue.

MT: Good afternoon councillor. May I kindly request that you introduce yourself as we begin our conversation.

TM: Thank you. I am Cllr Tamani Moyo for Ward 15 in Luveve.

MT: For how long have you been a councillor?

TM: This is my fourth year as a councillor. I came into office in 2013.

MT: As a community leader, what would you say you have learnt to date about leading people?

TM: I have learnt so many things from the people. People always want you to do their will; to do what they themselves want and not to do what you want yourself.

People also have this mind that when one is elected councillor, anytime even during the night should they want to see you, they should come and wake you up. They will expect you to get up and they would even say to you, ‘wake up because we voted for you.’

MT: In executing your duties, who do you work with because I know that leaders always have people who assist them?

MT: Thank you councillor. Now looking at some of your achievements since you came into office in 2013, what would you say you have achieved to date?

TM: One thing which I have done in Ward 15, which residents could remember me for, is that road – Huggins – which was impassable. Before I came into office, it was my wish to have that road fixed. I have since fixed the road; it is now good and residents are happy about that.

The other thing is Luveve 5 stands. Some people were complaining that they could even die before having lived in their houses.

We have since begun servicing those stands and the process is nearing completion. We were delayed by the rains, otherwise that should have been completed.

MT: Thank you for that councillor. Moving on with our talk, now looking at the capacity building that you received from ZDDT together with other councillors, how is that helping you execute your duties?

Some of these children are orphans, some are children born of parents who have since left for South Africa. You may find that some of those parents have not returned to Zimbabwe for the past 10 to 15 years having left their children without those important documents.

Grandmothers who are the guardians of those children come to me for assistance. I assist them in the writing of affidavits. I also write some letters to be taken to school authorities so that even if the children do not have birth certificates are allowed to attend lessons.

MT: Now looking at meetings that you sometimes hold with residents in your ward, I know that this past Saturday (11 March 2017) you were supposed to have a meeting but it had to be postponed. How important are such meetings as a leader?

TM: Feed-back meetings that I normally hold with residents are very important. They help in the sense that when there are things that we are getting from the Chambers, we are supposed to go and present them before the people.

This helps in ensuring that residents know what is happening in their city. If we do not hold such meetings, residents are bound to remain in dark as to what would be happening. Residents won’t even know whether or not there is water in the dams. There is also the issue of the three percent retention fund which residents need to be informed about.

MT: So how often do you hold these meetings?

TM: I had my first residents meeting in January and the one which I was supposed to have last Saturday was going to be the second one this year. I usually hold them every month if there are issues to be addressed but there are times when I can go for two months if I have no reports to be made.

MT: May you briefly tell me, what led to the cancellation of last week’s meeting?

TM: With regards to the meeting that was cancelled on Saturday, the issue was that there was a short notice to the police. The police said they could not allow us to go ahead because we had notified them late. The meeting will then be held this coming Saturday (18 March 2017).

MT: But how did the residents take that?

TM: Residents understood it because they did not complain. When I told them about the cancellation, they just left the venue and returned to their homes.

MT: What were some of the issues that were on the agenda for that meeting?

TM: We were supposed to discuss the water situation which has significantly improved now that our dams are full. We were also going to discuss our three percent retention fund since I have already appointed the development committee.

We agreed that we would start with the swimming pool because the Luveve Swimming Pool has not been operating for years now.

From there we will go to the tower lights because we have some whose cables were stolen. The council has said it does not have money to replace those cables. 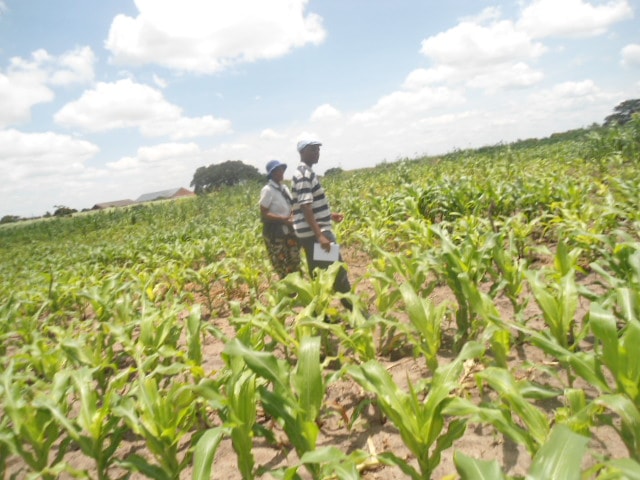 I have said we have to use that three percent retention fund to fix our tower lights in Luveve. We were also supposed to talk about the distribution of maize. From what I know is that the maize is not for a particular political party; it is just maize for food relief. However, in Luveve that maize has been politicised.

The way is it is distributed is such that if you are not from ZANU-PF you do not get it. The distributors also lied and said the maize would be given to the elderly at around 70 years of age but we have seen the maize being given to some families.

You would also find out that a single family would get between four to five bags and some children as young as 15 would also be given a bag of maize.

MT: As the area’s councillor, are you not supposed to be involved in this maize distribution?

TM: How will they involve me when I am from the MDC? They do not tell me anything; they will be in charge of everything themselves. Even if I go there, they will tell me to step aside and ignore me.

MT: The last thing councillor, like you said earlier on that you came into office in 2013, meaning to say there was somebody before you. How is your relationship with your predecessor?

TM: On my relationship with the former councillor, I can say at first it was not good at all; it was a very difficult relationship. We were like children born in polygamy; we are not from the same political party.

MT: Who did you succeed by the way?

TM: I succeeded Alderman Israel Mabaleka. I then realised in the long run that the two of us were not fighting but people were just causing divisions between the two of us. For now there are no divisions between him and myself because we greet each other where we meet. Even when there are funerals, when I am not around I ask him to go and represent me. We now work together so well, there is no problem.